While People Will Talk, starring Cary Grant and Jeanne Crain, was billed under the romantic comedy genre with tinges of domestic drama surrounding pregnancy out of wedlock, director Joseph L. Mankiewicz’s production was evidently driven by such dense additional narrative circumstances that at times it would seem decidedly unfitting. While the two central plot threads presented by People Will Talk – namely Grant’s character Noah Praetorius’ misconduct scandal and Crain’s Deborah Higgins’ attempted suicide upon discovery of her unwanted pregnancy – are certainly far less elegantly interwoven during the film’s runtime as one might like, the title People Will Talk alludes to the grander ideals preached by what was ultimately a parable of moral decency and the shackles of social expectation, which the two outlined narratives both explore in blatant and elusively satirical ways.

It would be fitting to start with the context of the circumstances surrounding Mankiewicz’s career in Hollywood filmmaking, which have driven assertions that ‘People Will Talk’ was the director’s response to his treatment during the 1940-50s anti-communism persecutions, as exemplified by critic James Travers: “People Will Talk is an intelligent reaction to Mankiewicz’s own experiences during the communist witch hunts of the late 1940s and 50s…initiated by Senator Joseph McCarthy. As the then-President of the Director’s Guild, Mankiewicz was openly attacked…for his unwillingness to support anti-communist campaigns…Mankiewicz was a liberal who refused to denounce [or] accuse others working in Hollywood of having communist sympathies.” (2008). As such, Travers reads People Will Talk as a less well-known but still scathing portrayal of American society, that warns against the immorality of societal policing through baseless accusation, spreading rumour and ostracization. 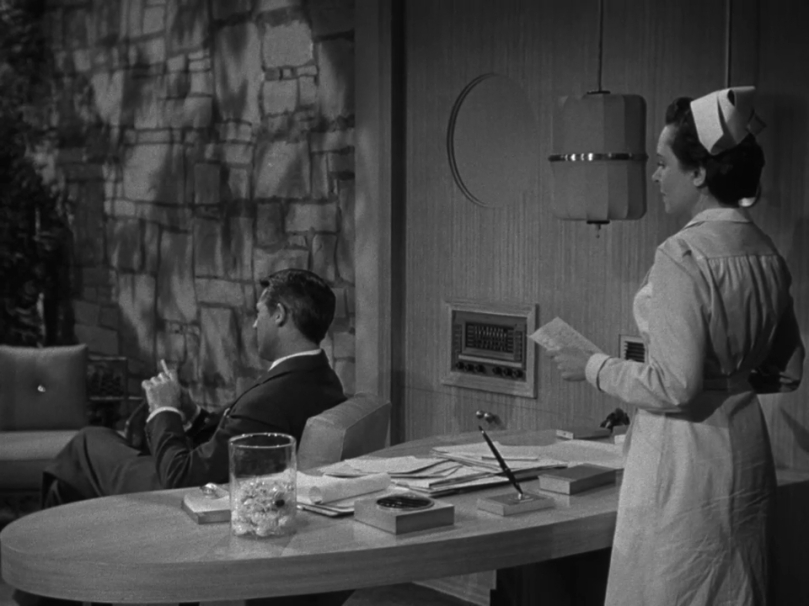 Noah Praetorius’ character was under no pretence, an ideal and morally sound model of a decent human being, whose kind and fair treatment of his patients, students and friends, his dignified silence and unmovable conviction in the face of wrongful suits of misconduct, were presented with such glaring idealism, that the film’s opening titles just came out and admitted as such: “There may be some who will claim to have identified Dr. Praetorius once. There may be some who will reject the possibility that such a doctor lives or could have lived. And there may be some who will hope that if he hasn’t, or doesn’t, he most certainly should…” In retrospect, the parallels with a certain 1998 Robin Williams vehicle Patch Adams brings to mind that the search for a doctor that ‘treats the human, not just the disease’ – while not a new sentiment – is one that speaks confidently on what the character (both Patch Adams – the real and portrayed – and Noah Praetorius) symbolises; that human society functions and is elevated through sympathy and trust, and crumbles under distrust and malicious prosecution under baseless accusation and rumour.

In addition, it should also be noted that Noah’s doctor-patient relationship with Deborah presents layers of philosophical musing that – as I’ve argued before – far outweighs the comparatively low-stakes notion of the romantic comedy tag. After diagnosing Deborah’s pregnancy and her subsequent attempt at killing herself due to the society-mandated shame of child-bearing out of wedlock, Noah’s gentle but maintained interrogation brings to light that such cultural tight-ropes unnecessarily endangers the wellbeing of would-be mothers due to circumstances that were out of their control (Deborah’s husband died shortly after impregnating her). Worse still: Deborah was convinced that her shame would also be what kills her own father, whose literal lifeline fell to the wellbeing of his daughter. As put by Noah’s close friend Shunderson as he observed Deborah’s treatment post-suicide attempt: “She’ll try it again…she’s still all alone, and if there’s still nobody to help her, she’ll try it again.” The film posits here; that groupthink-motivated ostracization is deeply embedded in American society, and it is decidedly harmful and impacts not just the women who ‘sinned’.

One of senator Joseph McCarthy’s most famous quotes was taken from his speech before the 1952 Republican National Convention: “Our job as Americans and as Republicans is to dislodge the traitors [communists] from every place where they’ve been sent to do their traitorous work.” (McCarthy, 1952, cited by Yeremin and Holloway, 2012). The so-called ‘Red Scare’ that was prompted by the Cold War with the Soviet Union and saw the rise of anti-communist sentiments among the US population, was exacerbated by the efforts of a leading figure. McCarthyism was characterised by the subsequent witch hunts initiated by the senator and the organisations who imitated his initiatives. Symptoms such as the HUAC (House Committee on Un-American Activities) targeted the Hollywood film industry. Actors, writers, and producers appeared before the committee and provided names of colleagues who may have been supportive of communism. Those who refused to address the committee were cited for contempt. Uncooperative artists were blacklisted from jobs in the entertainment industry. (Doherty, pp 7-15, 2003) (Various, 2008) 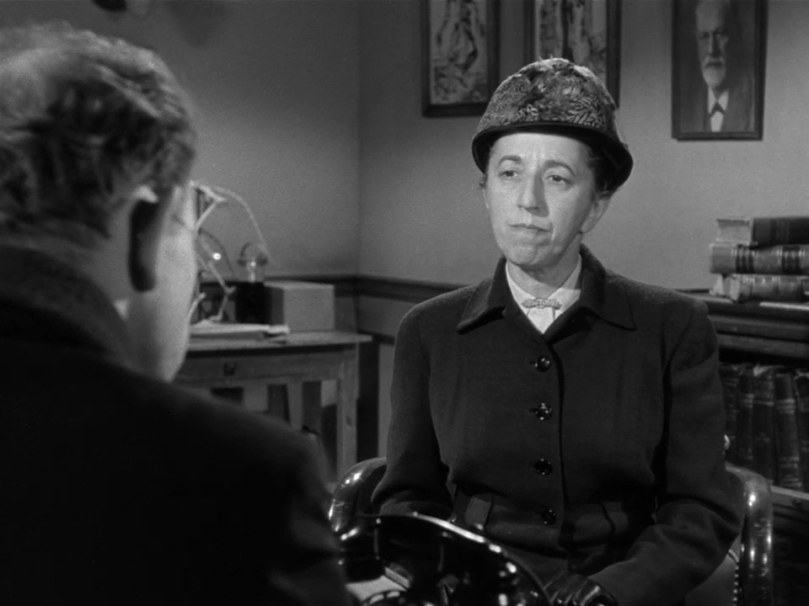 People Will Talk’s storyline for Noah Praetorius’ trial in front of a university committee, including the main accuser Dr. Rodney Elwell – whom one can argue was a satirised stand-in for senator McCarthy – involves much more blatant parallels to the environment of the era of the ‘Hollywood Blacklist’. Noah’s conversations with his friend, physics professor Lyonel Barker in the film, highlighted that Elwell’s underhanded tactics to undermine him involved extensive background checks both on him and people associated with him, especially the mysterious Shunderson. Barker’s loyalty to his friend no doubt stands in as Mankiewicz’s viewpoint, as he reassured Noah after their orchestra rehearsal, that despite not knowing what he was up to ten years ago, they are still friends, to which Noah gratefully responds: “It is not so much to have a friend who knows all about you…but one who’s a friend even though he’s not quite sure…that’s worth having”.

Of course, while scenes involving Barker (and later Deborah’s father Arthur) are mainly light-hearted and comical (including a particularly humorous sequence where the three adults turned the house into a miniature train set, arguing over who messed up the signalling sequence for toy trains, as well as the preceding scene where Deborah referred to her new husband as a 42 year-old child), the conversations between the two doctors are ripe with nuggets that hide further…inferences. While they were sharing a meal, one of Noah’s lines “What have you great men of science done with atomic energy to make people well, hmm?” may strike one as a searing commentary on the ludicrous nuclear arms race between the US and the Soviet Union (the nihilistic absurdly of which was explored decidedly more humorously in Stanley Kubrick’s 1964 dark comedy Dr. Strangelove). Another little (and possibly coincidental) detail was the casting of Margaret Hamilton for the spiteful housekeeper who informs on her former employer Noah in the beginning of the film, who was previously known for her role as the Wicked Witch of the West in The Wizard of Oz (1939) – a possible meta-reference to the Salem Witch Trials, also a popular comparison with McCarthyism.

People Will Talk certainly played like two films spliced co-currently together – one a political drama, another a romance with charming absurdist comedy. But as the film’s title elegantly maintains: Mankiewicz’s overarching theme for the film preaches a certain brand of harmonic decency that he would personally stand behind – the decency to leave some stones unturned, the decency of trust and the decency of social cohesion that does not compromise wellbeing. While the McCarthy-stand-in Elwell was disgraced in the end (much like real-life McCarthy, who lost his credibility and died shortly after a period of alcoholism and poor health in 1957) Noah Praetorius is a triumphant Superman-like figure who can do no wrong. This is a figure that Mankiewicz desire American society to aspire to. 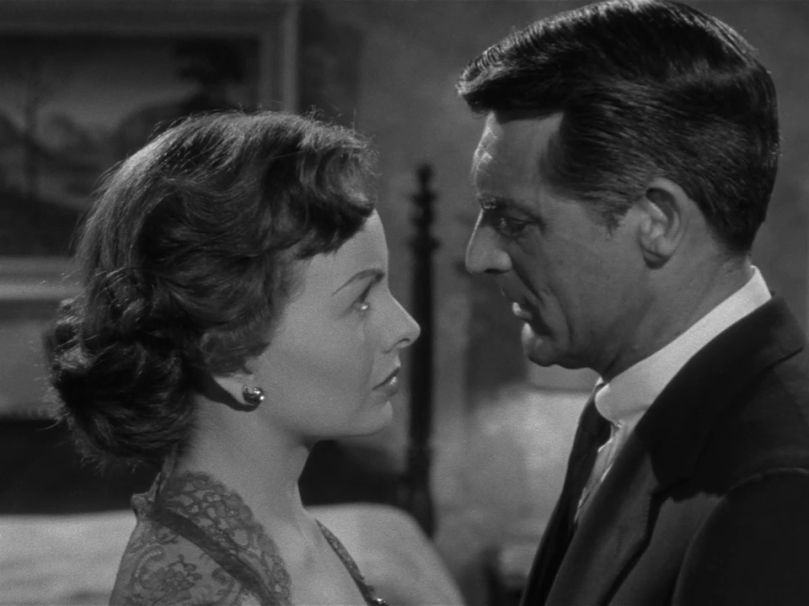 One thought on “Film Analysis: People Will Talk (1951) | Mankiewicz’s Critique of Groupthink & McCarthyism”