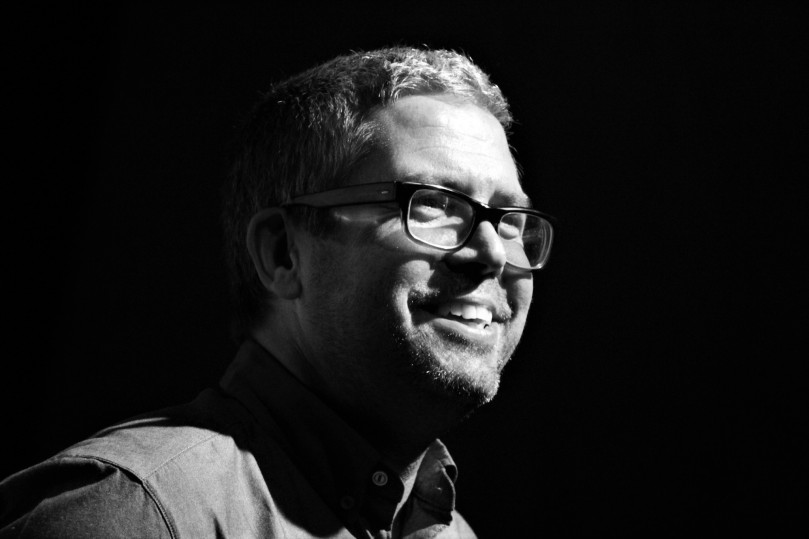 Let’s start with an entree taste of this badass son of a bitch: this guy is a loose cannon. Powell is known to have a crude and honest mouth, openly swearing without filters, utterly entertaining to have a conversation with and is rather spontaneous when it comes to his creations. And boy does everyone want to know: how the hell does he come up with all these different ways to abuse the orchestra? Frantic string writing, relentlessly full compositions for every section of the brass, hopelessly complex percussion textures and brutally fast-tempo woodwind writing. Basically, no one leaves a John Powell recording session with an ounce of breathe left in their lungs and a single un-cramped limb. (Ok. Maybe I’m exaggerating, but let’s hope I can convince you by the end of this section.)

“One of the things I do during a session is…Basically we have the mics set up, the singers come, then I have no idea what we are supposed to do. So I just sit there and…normally for the first half an hour they would just sit there too, drinking coffee, while I try to get my shit together.” – Powell

So to musically introduce the man, here’s a track from the animation film Rio. While I won’t be analysing this score fully, I think this cue provides a pleasant and fully functional compilation of what Powell is like in terms of his musical personality.

You know…it wouldn’t be a stretch to call this one of the the single most unabashedly happy tracks ever written. The moment 01:12 hits the speakers, I doubt a single cheek would stay rested, a single pair of legs would remain planted and a head would not be nodding to the contagiously joyful rhythms and cheerful melody.

John Powell’s typical mannerisms in animation scoring mainly consists of full-throated symphonic and choral onslaughts, often combining every section of the orchestra to play multiple progressions and layers of melodies simultaneously, resulting in musical canvases that bathes in multiple melodic layers that may feel too dangerously complex at first, but ending up working out anyway. ‘Morning Routine’ already demonstrated two major facets of Powell‘s musical styles in glaring clarity: Immediate attention to establishing a central musical identity, and robust orchestral control. Upon waking the silent soundscape, a flute solo introduces the film’s main theme almost instantly, before the strings section takes over seamlessly. The melody then effortlessly dances across the flutes, violins and the bassoon. The handover at 01:12 erupts with enthusiastic energy, as the composer calls upon a collection of guitars, maracas, tambourines and bongo drums to set a regional base, upon which the clarinet, flute and oboe solos shared in another tango with the main theme. The soundscape only builds as the rest of the orchestras joins in; Powell further livening up the track with woodwind trills and his trademark brass fanfare texturing (01:57). Note how this entire track was dedicated to the exploration of the film’s main theme; Powell kept it from becoming repetitive through continuous melodic reinterpretations, instrumentation changes and a gradual buildup of energy.

For a live-action example of this creative habit, look no further than his opening track for X-Men: The Last Stand. Pay particular attention to how multiple sections of the brass carries the main fanfare through multiple alliterations at the same time, diving into and leaping out of each other in major melodic choke-points, resulting in a main titles track that feels epic, organic and lived-in. Again, note the usage of additional brass-led fanfare jabs (00:19) and frantically repeated string arpeggios (00:31: another Powell trademark) acting as supplementary texturing. In my opinion, this mediocre film received the best superhero score of every Marvel-branded film to date. And yes, that includes every entry to the Marvel Cinematic Universe.